Low Libido? Menopause May Be to Blame 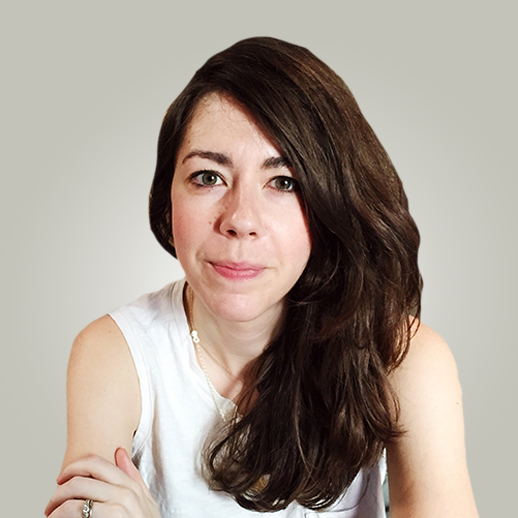 Menopause can sometimes bring about a waning interest in sex. But the commonly acknowledged culprit – changing hormones – doesn’t necessarily play the role that many women think.

“Low sex drive can certainly be a symptom of menopause and aging,” says Dr. Suzanne Hall, OBGYN. “But libido in women is based on so many different factors, so seeing hormones as the main cause is largely a misconception.”

While changing hormone levels can have an indirect effect in making sex less appealing, other factors can also be involved. Here, we talk with Dr. Hall to learn about the sometimes-complicated relationship between menopause and sex drive loss, and how women can uncover the root cause of their low libido. Plus, what can be done to make sex more pleasurable again.

How Can Menopause Affect Libido?

Declining levels of the hormone estrogen are largely to blame for many common perimenopause and menopause symptoms – from hot flashes, to night sweats, to vaginal atrophy and dryness. So many women naturally assume that falling estrogen is also the driver behind low libido, Dr. Hall says.

That said, falling estrogen levels can cause certain symptoms that may, in turn, make a woman less interested in sex during and after menopause, Dr. Hall explains. First and foremost? Vaginal dryness, which can lead to pain during intercourse. Dryness and vaginal tissue atrophy are directly related to a decline in estrogen production, and they’re incredibly common. “More than half of my patients say they’re experiencing it, so it’s a really big problem,” says Dr. Hall. “And when you have pain and dryness, that can potentially lead to a loss of interest.”

Menopause can also bring about other changes that can potentially dampen a woman’s sex drive. “Depression and anxiety increase for women as we age,” Dr. Hall explains. “That often gets blamed on menopause, when really it’s due to life becoming more challenging. There are divorces, deaths, job losses, and weight gain. And these can lead to mood changes.” If a woman is taking an SSRI for her depression (like Zoloft, Celexa, or Lexapro), it’s possible that she’s experiencing low libido as a side effect of her medication, Hall adds.

Midlife weight gain, in particular, seems to make some women less comfortable with sex, Dr. Hall says. “Sometimes women aren’t happy with their bodies. That can cause someone to not feel comfortable in a bedroom situation anymore. It happens a lot.”

Menopause is much more likely to cause women to experience painful sex than a lack of interest in sex, Dr. Hall says. “The drivers of libido, hormonally speaking, are androgen hormones [aka male hormones] like testosterone. The general thinking is that they don’t change dramatically in menopause,” she explains. “So, it’s not a given that age or menopause is going to cause a decline in interest in sex.”

But when intercourse hurts, which is often the result of vaginal atrophy and dryness caused by changing hormones, it’s normal to want to steer clear. “Vaginal dryness can lead to what I call ‘razor blade sex’. And that’s something a lot of women going through menopause can relate to,” Dr. Hall says. It’s also not unusual for women to be dealing with emotional or body image issues in midlife that affect their sex drive, she adds.

“These are all common phenomena during the menopause transition. And they could be big enough problems that they could lead to a decrease in libido or change the intimate parts of a woman’s relationship,” says Dr. Hall.

How Can Women Get Their Libido Back During Menopause?

Boosting your sex drive starts with addressing the root cause, Dr. Hall says. If the issue stems from vaginal dryness that’s making sex painful, talk with your gynecologist. There are a few different possible solutions depending on the severity of your symptoms as well as your personal preferences.

Over-the-counter lubricants are often the first option women try, and in some cases, they can be helpful, says Dr. Hall. “I’m a fan of single-ingredient lubricants like coconut oil. Commercial lubricants can have a lot of components to them,” she says.

When lubricants aren’t enough (and often, they aren’t), non-hormonal therapies that hydrate and revitalize vaginal tissue can be an effective option – particularly for women who want to avoid estrogen-based treatments, says Dr. Hall. “The tissue inside the vagina is estrogen-dependent. As we lose estrogen, the tissue becomes less pliable and lubricated, so it tolerates trauma less. And the “trauma” of intercourse is what causes the pain,” she explains.

Non-hormonal moisturizing suppositories, such as Revaree® use ingredients like hyaluronic acid to restore vaginal tissue, improve vaginal health and help make sex comfortable again, Dr. Hall explains. “It’s one of those products I offer to my patients, and recommend they dose two to three times a week,” she says. For best results moisturizers should be used on a consistent basis.

Vaginal estrogen therapy can also be an option. “It has a very different risk profile compared to systemic estrogen therapy,” Dr. Hall says. “There’s minimal to no absorption into the system, so the risk of use is totally different.”

Dr. Hall notes that there’s no one-size-fits-all option for managing vaginal dryness and pain, so it’s important to talk with your healthcare practitioner to figure out the option that’s the best fit for you. “We have treatment options that we can rotate around to individualize what’s most comfortable,” she says.

Should Women Expect That They’ll Lose Interest in Sex During Menopause?

Definitely not, Dr. Hall says. While it’s important to be aware of your changing sex drive and the symptoms that could be contributing to it, loss of libido during menopause is far from a given. “If a sexual relationship is something you enjoy, move forward with it,” she says. “But if you’re having problems with it, let us know. There are treatment options out there that can help.”