Why Am I Bleeding During Sex? 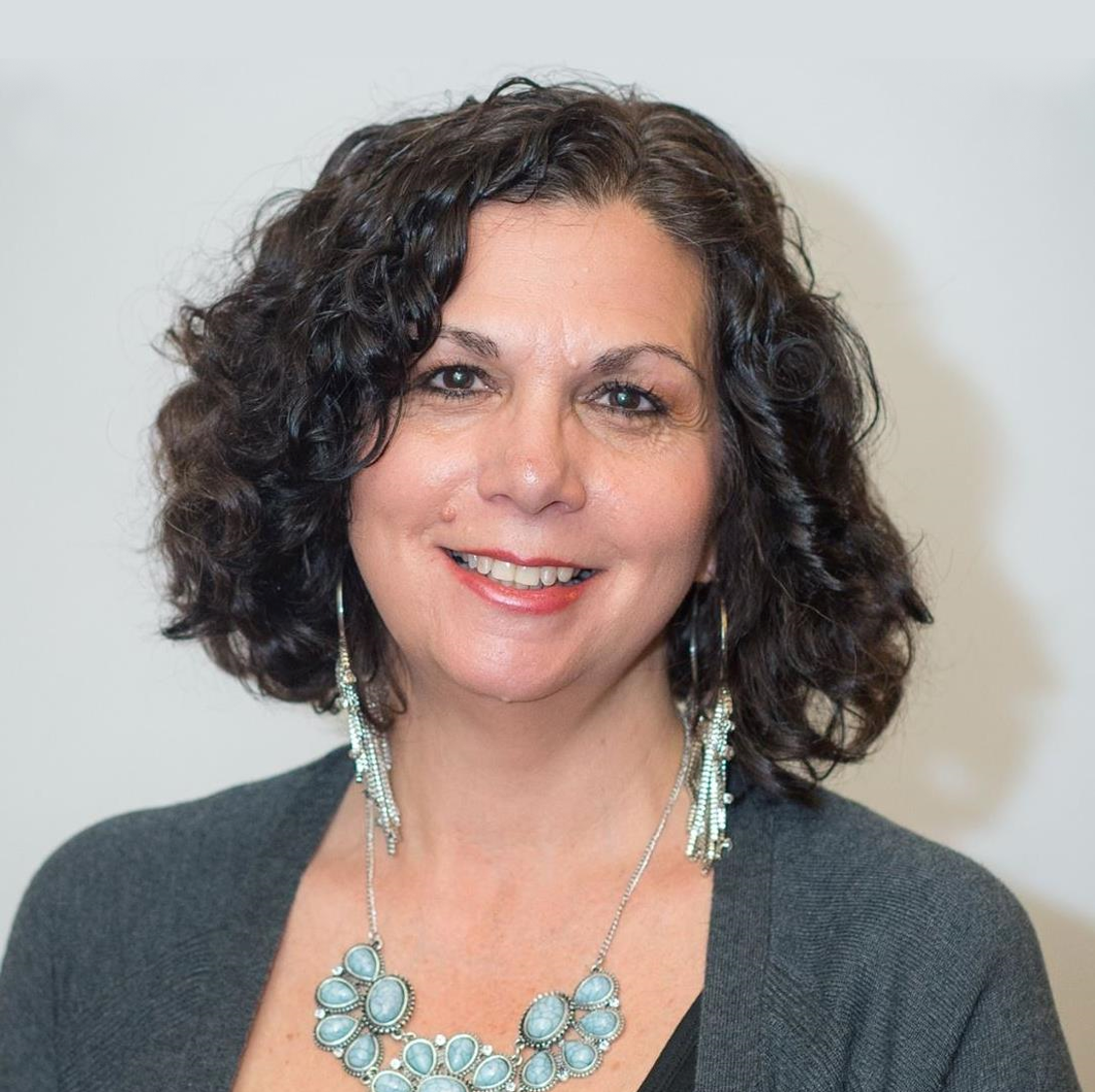 Vaginal bleeding that is not caused by menstruation is always alarming. If you’ve already experienced your last period and are postmenopausal, it may be particularly scary – especially if it happens during or after sex.

This unsettling occurrence has many underlying causes. So, before you hit the panic button, keep on reading. We spoke with gynecologist and menopausal health expert, Dr. Michael Krychman, to learn all about vaginal bleeding during and after sex in menopausal women.

I’m Menopausal. So, Why Am I Bleeding During or After Sex?

If this sounds like you, you’re not alone. According to Dr. Krychman, vaginal bleeding during or after sex is common in perimenopausal and menopausal women.

“We know that at least 50% of menopausal women have vaginal atrophy, which is earmarked by vaginal dryness and irritation. This common phenomenon can cause sporadic spotting and bleeding during and after sex,” says Dr. Krychman.

Bleeding during sex may also be caused by more serious conditions. “This type of bleeding is also associated frequently with conditions that require a healthcare provider’s care. Postmenopausal women who experience vaginal bleeding should always get checked out by their provider, so the underlying cause can be identified and addressed,” he adds.

Causes of Bleeding After Sex in Menopausal Women

The causes of bleeding during and after sex in postmenopausal women range from minor to serious.2 They include:

The most common cause of postmenopausal bleeding, including light spotting after sex, is vaginal atrophy.3 This condition is also referred to medically as atrophic vaginitis, or as genitourinary syndrome of menopause. As Dr. Krychman mentions earlier, vaginal atrophy affects around 50% of menopausal women.

If you’ve gone 12 months without a period, you’re officially postmenopausal, as in actuality, menopause is only one specific moment in time. Your body is now making less estrogen than it used to. In response, the vaginal walls become thinner, dryer, and irritated.4 Another result of reduced estrogen is less vaginal lubrication during sexual activity or arousal.5

Vaginal atrophy can make having sex uncomfortable, or downright painful. The skin and supportive tissues of the vagina have become less elastic, making the area prone to tearing. Friction from sex can irritate or scrape thin vaginal walls, causing spotting or bleeding.

While often painful, if you have untreated vaginal atrophy, you may not always feel discomfort during sex. You may also not realize that bleeding has occurred until you go to the bathroom or see blood on the sheets.

Having vaginal atrophy doesn’t automatically mean you will experience postcoital bleeding. Your sexual activity and positions, as well as the shape and size of your partner’s penis, may all play a role. “Male partners are built differently. If your cervix is irritated and red, you may bleed with one partner who does hit the cervix during intimacy, but sex with another, smaller partner might not be irritating to the cervix,” Dr. Krychman explains. “Postmenopausal women who are particularly dry and have vigorous sex may also bleed or have vaginal spotting from tiny lacerations, fissures, and abrasions. This can cause significant physical and emotional distress,” he adds.

Sexually transmitted infections (STIs) can affect sexually active women at any age. If you have new or multiple partners, you may be especially vulnerable, particularly if you have unprotected sex.

STIs are sometimes asymptomatic, meaning, they cause no obvious symptoms. STIs may also cause vaginal spotting or bleeding, due to underlying mucosal irritation, and a host of other issues. If you’re having sex and not using condoms, you may actually have an STI and not even know it. Conversely, you may experience bleeding, pain, or a burning sensation during sex. (Other common symptoms of STIs include a foul or unusual odor and heavy or discolored vaginal discharge. If you’re concerned that you may have an STI, always make an appointment to check in with a healthcare professional rather than self-treating.)

STIs, such as syphilis and genital herpes, can cause sores in and around the vagina. These sores may open and bleed if they become irritated during sexual activity. Trichomoniasis, a common sexual infection caused by a parasite, can also cause cervical bleeding.6

Uterine polyps are benign (non-cancerous) growths that attach themselves to the endometrium (uterine lining) on stalks. Uterine polyps can range in size from tiny to large. In some instances, they may become the size of golf balls.7 Uterine polyps are a common cause of vaginal bleeding in perimenopausal and postmenopausal women. While less common, these growths may also occur in younger women of reproductive age.

Other growths that may occur in the uterine lining include benign cysts and benign fibroids. According to Dr. Krychman, cysts and fibroids in the endometrium may be less likely to cause bleeding after sex in menopausal women.

“You may have cysts in the uterine lining, but these typically don’t cause bleeding. Cysts that grow on the cervix, however, can sometimes cause bleeding after sex if they become irritated,” he explains. Cervical Nabothian cysts are usually asymptomatic in women of all ages. However, in some instances, these cysts may cause abnormal vaginal spotting or bleeding if they are irritated.8 Cervical polyps, similar to uterine polyps, are another type of benign growth that can be found in the lower part of the uterus – presence of these may also be a cause postcoital bleeding.9

Fibroids are another potential cause of abnormal bleeding in menstruating women. These benign growths are less likely to cause symptoms in women who have gone through menopause. “Most fibroids are estrogen-dependent and shrink after menopause. For some women, this may result in less abnormal bleeding than they had prior to menopause,” Dr. Krychman adds.

Endometrial hyperplasia is most commonly diagnosed after menopause. It can also begin during perimenopause when ovulation becomes less regular.

Underlying conditions such as diabetes and polycystic ovarian syndrome may increase your risk for endometrial hyperplasia.11

If you haven’t gotten your period in a while, and you suddenly notice bleeding during or after sex, cancer may immediately pop into your mind. If so, take a deep breath. Most bleeding experienced after sex is not caused by cancer. However, Dr. Krychman does caution that some gynecologic cancers may also cause this symptom.

“Women with no bleeding for a considerable amount of time who bleed or spot during sex most often think they have cancer, but this is not always true; there are many reasons why someone may spot or bleed. Even so, bleeding that is new should always be assessed by a healthcare professional,” he advises.

Unexplained vaginal bleeding and discharge, with or without pain, can be caused by gynecologic cancers, such as cancer of the cervix, vagina, vulva, endometrium, ovaries, and/or uterus.12

Bleeding or spotting from a cancerous tumor may happen if the blood vessels that feed them burst. This is more likely to happen in larger, rather than smaller, tumors.13 You may also notice that your vaginal discharge is streaked with blood in these instances.

Risk Factors for Bleeding After Sex During Menopause

It’s important to remember that risk factors are not the same thing as causes. You can have several risk factors for bleeding after sex but never experience this symptom. Conversely, you can have no risk factors at all, and still notice bleeding.

“Risk factors that may increase a woman’s chances for postcoital bleeding include being on unopposed estrogen therapy, if you have a uterus. Women who are heavier or obese also have an increased risk for unexplained vaginal bleeding or spotting,” says Dr. Krychman.

Simply getting older can increase your risk for gynecologic cancers. For example, the average age at diagnosis for uterine cancer is 63.14

Underlying conditions, such as diabetes and PCOS, may also increase your risk for conditions such as endometrial hyperplasia and abnormal vaginal bleeding.15

According to Dr. Krychman, the most important thing you can do is talk to your healthcare provider. If you are starting to feel uncomfortable during sex, or notice bleeding afterward, let your provider know right away.

“Abnormal, unscheduled, or unanticipated vaginal spotting or bleeding always warrants a clinical evaluation. You may have an easily correctable condition, such as dryness, an infection, a little cervical cyst, a uterine/cervical or even vaginal polyp, or a hormonal imbalance. Once other issues have been excluded, vaginal dryness can often be treated with a simple solution like a hormone-free moisturizer, such as Revaree®,” he advises. Having regular examinations with your gynecologist  may help you stay ahead of more serious conditions, such as cervical cancer. When abnormal vaginal bleeding is caused by cancer, your treatment will be determined by the type and stage of cancer you have.

Sex during menopause can and should be be exciting, comfortable, and pain-free. It can also, sometimes, cause symptoms you’d rather not deal with. If bleeding during or after sex is one of them, see your healthcare provider. No matter what the underlying cause may be, treatment is possible.